This bilingual project conserves, digitizes, and curates* a portion of Cornell’s International Workers Order (IWO) archives and most especially those of its Jewish division, known as the Jewish People’s Fraternal Order (JPFO).

For over twenty years, University of Southern California (USC) Shoah Foundation has given voice to the witnesses of genocide for education and action. The Visual History Archive was established to house testimonies of genocide survivors who have given a complete personal history of life before, during and after their first-hand experience with genocide. It is one of the largest digital collections of its kind in the world, fully searchable via indexed keywords, and hyperlinked to the minute. In the Fall of 2015, Cornell University gained access to this powerful resource with the support of Robert J. Katz '69, Cornell trustee emeritus and former board chair of the USC Shoah Foundation, and Jonathan Aaron Boyarin, Diann G. and Thomas A. Mann Professor of Modern Jewish Studies and professor of anthropology. 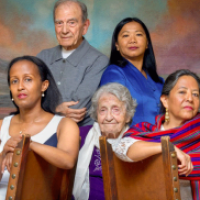 Pinkesim in the Cornell University Library 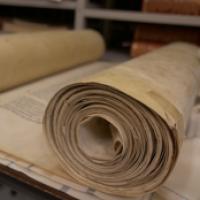 Library receives Jewish fables from around the world