My work centers on Jewish communities and on the dynamics of Jewish culture, memory and identity. I have investigated these fields in a range of ethnographic projects set in Paris, Jerusalem, and the Lower East Side of New York City. Much of my work is in interdisciplinary critical theory, almost always from  the perspective of modern Jewish politics and experience. I have extended these interests into comparative work on diaspora, the politics of time and space, and the ethnography of reading. I am also a Yiddish translator.

Since graduate school, I have been primarily a student of modern Jewish experience and culture. That concern has led me to investigate comparative and theoretical questions that help illuminate the lives of Jews and others. I have had the opportunity to do fieldwork in some of the greatest cities where those “Jews and others” live, including Paris, Jerusalem, and New York’s Lower East Side. Much of my work has also been in historical ethnography, primarily of nineteenth and twentieth-century Polish Jewish life.

Jewish populations outside of Israel/Palestine have long been regarded as the diasporic communities par excellence, and thus scholars of Jewish studies are well-placed to participate in the new and rich field of comparative diaspora. This fact affords me continued engagement with colleagues doing post-colonial studies or studying a wide range of resistant and emergent identities worldwide.

One of my most enduring and rewarding engagements has been with the enduring importance of text in Jewish life—from the foundational scriptures, to the almost 2,000-year long tradition of rabbinic debate and commentary centered on the monumental Babylonian Talmud, to the remarkably central role of Jews in modern and postmodern Euro-American literature and criticism. The way Jewishness is shaped by text is fertile ground for blurring the lines between anthropology, history and literary cultural studies, and assures a field that is vastly richer than one scholarly career can encompass. 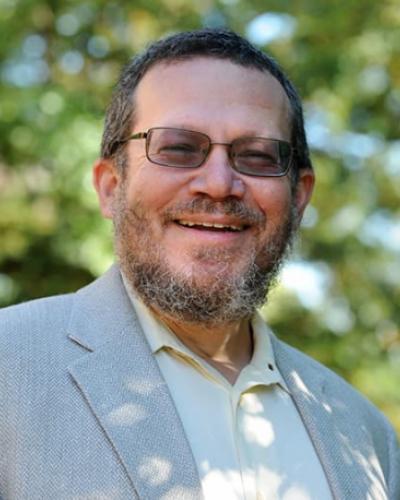