This December 2020 conference explored the complex history of the Jewish People’s Fraternal Order (JPFO) a crucial yet largely unknown component of the immigrant Jewish Left. Founded in 1930, the JPFO flourished for two decades as the Jewish division of the Soviet-oriented, multi-ethnic, International Workers Order (IWO) before being shut down during the Cold War.

One critical resource for the history of this organization is the IWO/JPFO archive previously confiscated by New York State’s Insurance Department, housed at Cornell’s ILR School Catherwood Library. This partially-digitized archive offers a wealth of information about war effort organizing, as well as postwar relief for Jewish communities in Poland, France and Belgium, and Mandate Palestine.

These documents and map provide a window into the politics and culture of the Communist-affiliated, Yiddish-speaking immigrant Left, including how questions of antisemitism played out in the postwar period in the Soviet Union, Europe, the U.S. and Canada. Not least, they offer a window into the intersections of feminist Jewish and Black identity in programmatic political work and cultural productions prior to the 1960s mainstream civil rights movement. 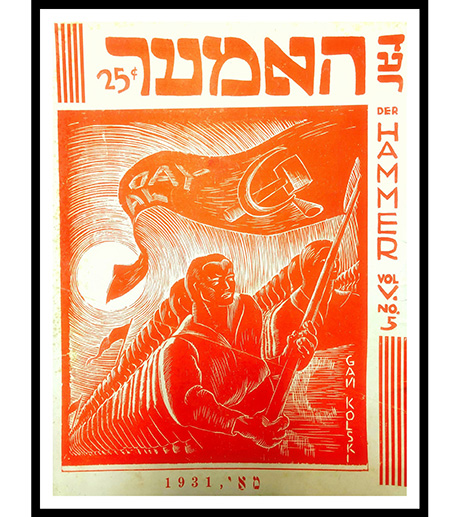