In this book, Deborah A. Starr recuperates the work of Togo Mizrahi, a pioneer of Egyptian cinema. Mizrahi, an Egyptian Jew with Italian nationality, established himself as a prolific director of popular comedies and musicals in the 1930s and 1940s. As a studio owner and producer, Mizrahi promoted the idea that developing a local cinema industry was a project of national importance. Togo Mizrahi and the Making of Egyptian Cinema integrates film analysis with film history to tease out the cultural and political implications of Mizrahi’s work. His movies, Starr argues, subvert dominant notions of race, gender, and nationality through their playful—and queer—use of masquerade and mistaken identity. Taken together, Mizrahi’s films offer a hopeful vision of a pluralist Egypt. By reevaluating Mizrahi’s contributions to Egyptian culture, Starr challenges readers to reconsider the debates over who is Egyptian and what constitutes national cinema. Deborah A. Starr is Professor of Near Eastern Studies and Jewish Studies at Cornell University. She is the author of Remembering Cosmopolitan Egypt: Literature, Culture, and Empire and coeditor of Mongrels or Marvels: The Levantine Writings of Jacqueline Shohet Kahanoff. Discussants: Aomar Boum & Nancy Reynolds. 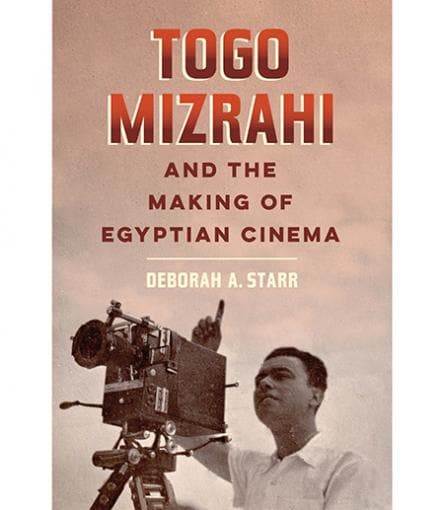