Setting Jewish Studies on the Path to Growth

Several major recent contributions to our current use and endowment funds have already helped Cornell to increase its library holdings in Jewish studies and hire new faculty, while others provide new resources for enriching our undergraduate curriculum and enhancing our public programming.

Betsy and Philip Darivoff got the ball rolling with a gift that enabled the Cornell Library to provide access to the complete records of the USC Shoah Foundation Visual History Archive. That access was launched by a lecture on “Memory and Genocide” by New Yorker staff writer Philip Gourevitch ’86. Programming supported by the Darivoffs’ gift also included a series of lectures on “Technologies of Memory.” Since then, the Archive has been used in classes on the history of the Holocaust and others. Robert Katz, former vice chair of Cornell’s Board of Trustees and former chair of the USC Shoah Foundation, said: “By underwriting full access to the entire Shoah Foundation archive at Cornell, the Darivoffs also helped energize new interest more broadly in Jewish Studies among Cornellians — including myself — both on and off campus. That in a very real sense paved the way for what has already followed, and will continue to follow, as a result.”

Eric M. Roth ’74 and Laurie B. Roth ’75, co-chairs of the new Friends of Cornell Jewish Studies alumni group, have endowed a new professorship of modern European Jewish history. Dean Gretchen Ritter, working with Jewish Studies Director Jonathan Boyarin and History Chair Sandra Greene, promptly authorized a search that resulted in the hiring of Professor Olga Litvak, formerly of Clark University. Litvak received her Ph.D. from Columbia University in 1999. She is the author of Conscription and the Search for Modern Russian Jewry (Bloomington: Indiana University Press, 2006) and Haskalah: The Romantic Movement in Judaism (New Brunswick: Rutgers University Press, 2012). Among the courses she will teach in the 2018-19 academic year are “Introduction to Judaism” and “‘O Europe my hell on earth!’: Anti-Semitism and the Making of European Jewry.” Professor Greene noted that the History Department  is particularly thrilled to have Prof. Litvak join the faculty. It has been quite a few years since we have had a colleague who focuses on Jewish History. We and our students have missed having courses taught in this area. In addition, her focus on Russian and intellectual history wonderfully complements our existing strengths. For all these reasons and more, we look forward to a long and fruitful relationship with the Jewish Studies Program.

Lynn Kroll ’65 and Jules Kroll ’63, along with their daughter Dana Kroll Carlos ’95, have endowed the Kroll Fund for Jewish Studies, which will provide much-needed support for curriculum development and other priorities as the program grows. “We care deeply about the future of undergraduate education at Cornell, and we’re thrilled to help ensure that Jewish Studies takes its rightful and vital place in that future,” commented Lynn. Stephanie Brody ’82 and Ronald Brody have endowed an annual lectureship, which will enable the program to bring a distinguished speaker to campus every year. Program Director Jonathan Boyarin said, “Even in the digital age, the kind of personal contact with visiting speakers that this lectureship provides remains crucial. It keeps our colleagues in contact with their field and provides students with models they can aspire to.” 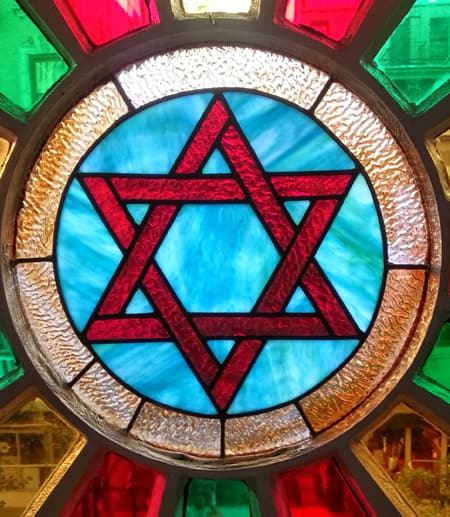