A Cornell professor and Holocaust survivor shared his story of survival during World War II in a ceremony on Wednesday that commemorated Holocaust Remembrance Day. The ceremony, which featured the lighting of six candles to remember the six million Jews killed in the Holocaust, was hosted by Cornell Jewish Studies and the Hillel Cultural Programming Committee. Roald Hoffmann, the Frank H. T. Rhodes Professor of Humane Letters, Emeritus and recipient of the 1981 Nobel Prize in Chemistry, recounted how his family was captured by the Nazis, went into hiding and eventually regained freedom in a period of three years. 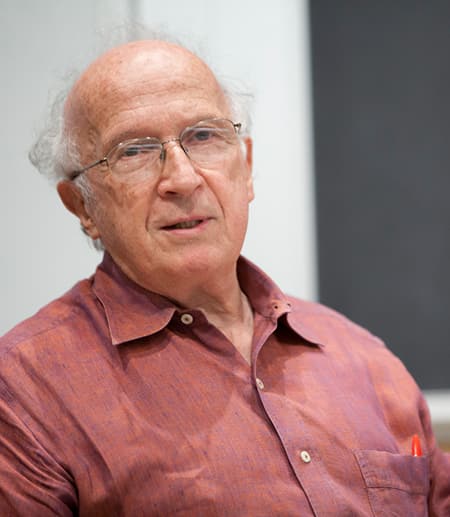