The courses highlighted here are new. See all of the course offerings for Spring 2021 on our courses page.

Representations of masculinity play important roles in modern Hebrew texts. Through introduction to scholarship on gender and sexuality, students learn to critically analyze Hebrew texts featuring such representations and to synthesize how diverse textual representations of masculinity reflect and seek to influence the changing ways that Jewish and Israeli identities are conceived and performed. The course’s tripartite structure aids student perception of masculine representations’ diachronic development. In the first section, students analyze traditional depictions of Jewish masculinity and observe how Zionism’s emergence brought about Jewish masculinity’s reconceptualization; in the second section, students dissect diverse texts depicting and participating in efforts to redefine Jewish masculinity in Palestine; in the third section,  students probe texts written and produced after 1948 that challenge the form of masculine identity dominant at the Israeli state’s inception and push for greater diversity in how masculinity and femininity, heterosexuality and homosexuality, are conceived and performed.

The rap superstar Drake, comedian Ilana Glazer, and muscleman Zac Efron are just three of the millennial Jewish stars examined in this course. We will ask how millennial Jewish stars depict Jewishness in terms of race, gender, sexuality. For instance, why has the rapper Lil Dicky chosen such an emasculating stage name, and why does Ilana Glazer embrace the outdated racial term "Jewess?" How do these names use historical Jewish stereotypes to fuel present-day comedy? We will trace racial, gendered, and sexual tropes about Jews from 19th-century theater to the newest YouTube sketches. We'll cluster these media around themes like women's pleasure, Jewish identity, cultural appropriation, anti-Semitism, and millennial financial struggles. We'll laugh hard, learn a lot, and see today's media through new eyes.

Medicine, Magic and Science in the Ancient Near East (JWST 2599)

This course explores the history of medicine and other sciences in the ancient Near East, broadly defined. In addition to medicine, the other scientific disciplines covered in this course include mathematics, astrology, astronomy, alchemy, zoology, among others. Geographically, the course traces the transmission of scientific knowledge in ancient Babylonia, Iran, Egypt, Israel, Turkey, and beyond. As such, the course offers students a tour of different ancient civilizations and corpora. Students read selections from cuneiform Akkadian tablets, Egyptian Christian Coptic spellbooks, rabbinic sources such as the Talmud, among many other works. At the same time, students will be required to critically engage recent scholarship in the history of science and medicine as a way to help frame their analyses of the ancient materials. The course interrogates how ancient civilizations transmitted and received scientific knowledge, as well as the relationship between what we today tend to call science, medicine, magic, and religion. This course is intended not only for students in the Humanities and Social Sciences, but also for those majoring in science or medicine.

Jewish Films and Filmmakers: Hollywood and Beyond (JWST 2790)

What does it mean to call a film is “Jewish”? Does it have to represent Jewish life? Does it have to feature characters identifiable as Jews? If artists who identify as Jews—actors, directors, screenwriters, composers—play significant roles in a film’s production does that make it Jewish? Our primary point of entry into these questions will be Hollywood, from the industry’s early silent films, through the period generally considered classical, down to the present day. We will also study films produced overseas, in countries that may include Israel, Egypt, France, Italy, and Germany. Our discussions will be enriched by contextual material drawn from film studies, cultural studies, Jewish studies, American studies, and other related fields. Students will be expected to view a significant number of films outside of class—an average of one per week—and engage with them through writing and in-class discussion. The directors, screenwriters, composers, and actors whose work we will study may include: Charlie Chaplin, Irving Berlin, Al Jolson, Fanny Brice, Billy Wilder, Barbra Streisand, Woody Allen, Mel Brooks, Aviva Kempner, Joan Micklin Silver, the Marx Brothers, and the Coen Brothers. 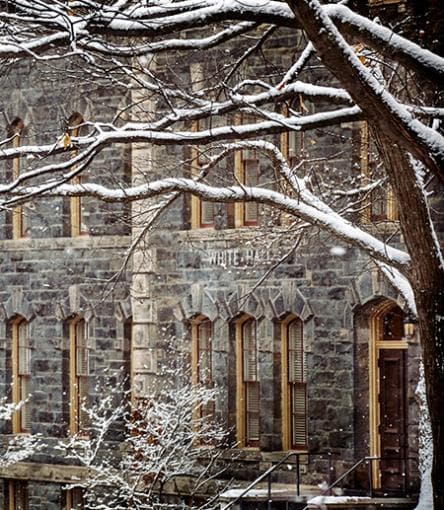