Conversation with the director of “The Spy Behind Home Plate”

Moe Berg was a Jewish major league baseball catcher who joined the US Office of Strategic Services in WWII to spy on the Nazis. Aviva Kempner's documentary The Spy Behind Home Plate tells the story of Berg's two careers: as a baseball player and as a spy.

Reserve tickets from Cornell Cinema to watch the Ithaca premier of The Spy Behind Home Plate between April 27-29. Register to attend a virtual Q&A with director Aviva Kempner on April 29 at 7:30 p.m. moderated by Elliot Shapiro.

Aviva Kempner is an award-winning filmmaker and the founder and executive director of The Ciesla Foundation, a non-profit organization that produces documentaries that investigate non-stereotypical images of Jews in history and celebrates the untold stories of Jewish heroes.

“I’ve been a fan of Kempner’s work ever since I saw Yoo Hoo Mrs.Goldberg, Kempner’s film about television pioneer Gertrude Berg. Kempner’s documentaries have taught me and my students a great deal about figures in Jewish history—like Hank Greenberg and Moe Berg—who deserve more recognition,” said Shapiro.

She is a member of the Academy of Motion Picture Arts and Sciences and the recipient of many awards including a Guggenheim Fellowship, the DC Mayor’s Art Award, WIFV Women of Vision Award and a Media Arts Award from the National Foundation for Jewish Culture.

The Q&A offers fans of baseball, espionage, film, and Jewish studies the opportunity to talk with Kempner about all of the above. Shapiro said, “I’m grateful to Jewish Studies and Cornell Cinema for collaborating to make this combination of special events happen.” 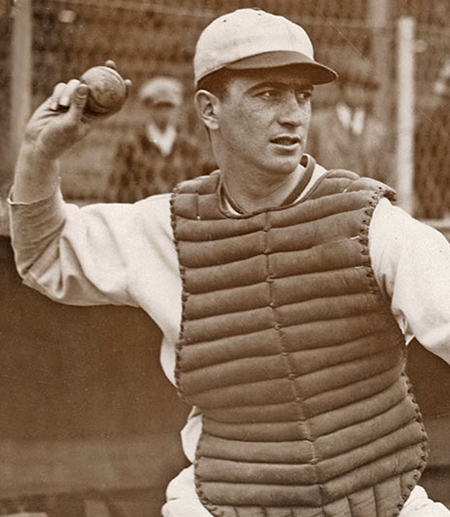