'American Jewish Women and the Body of Tradition': Course Highlight

Cara Rock-Singer is a Visiting Lecturer in the Jewish Studies Program and the Department of Science & Technology Studies.  As a scholar of North American Religions, her research and teaching center on the relationship among gender, Judaism and science in the contemporary United States. Her dissertation, "Prophetesses of the Body: American Jewish Feminism and The Politics of Embodied Knowledge," traces how women's bodies engage structures of power and produce opportunities for change within American Jewish communal life. Melding institutional archives, ethnographic observation, and Jewish texts, Rock-Singer's project casts light not only on contemporary American Jewry, but also on the negotiations among religion, science and secularism in contemporary America. Below, Rock-Singer looks back on her Fall 2017 class, "American Jewish Women and the Body of Tradition." She returns in the Spring to teach "Gendering Religion, Science and Technology," (STS 2621) offered Tuesday, Thursday 11:40-12:55pm.

Why is this course important for students to take?

In "American Jewish Women and the Body of Tradition," we explored how women created new models of ritual, communal leadership, and textual interpretation within and outside existing Jewish institutions and denominations, paying particular attention to the body, gender, and sexuality in contestations over tradition. While the specific content of the course may resonate with students for a variety of reasons, what is most important about it is the opportunity to critically analyze structures of power in American society. For example, in the wake of recent incidents on campus of racial violence, I noticed students discussing what had happened as they waited for class to begin. I decided to direct our discussion of a radical feminist health activist’s political manifesto toward developing analytic tools to parse the campus incident. As we began to dig into a Second Wave Feminist text about gender-based power structures and query its applicability to American racial politics today, the text helped clarify the dynamics of the campus clash at the same time that fraternity culture stood in as a familiar microcosm of larger social issues to help us understand the text. My hope is that the analytic tools that I teach to dissect issues of power, authority, privilege, and truth in the study of religion, science, and gender will become vital to my students’ everyday lives.

In what way does this course fit into your research interests/scholarship?

The course took students on a tour through many of the conceptual issues and introduced them to many of the movements and figures I wrote about in my doctoral dissertation. My dissertation, “Prophetesses of the Body: American Jewish Feminism and The Politics of Embodied Knowledge,” explores the techniques by which American Jewish women negotiate their positions as religious and secular citizens of Jewish communities in the United States and Israel. It is a transnational study brings together a diverse cast of characters, including spiritual leaders, textual interpreters, ritual facilitators, and medical practitioners, who all participate in an overlapping project to formulate models of feminist ethics, politics, and spirituality. During the second half of the course, we explored the work of ritual bath (mikveh) guides, radical neo-pagan feminists of the Kohenet Hebrew Priestess Institute, queer and trans Jewish activists, and Orthodox female rabbis who I have written about in my own scholarship. It became a running joke that students would ask me if I knew or had at least met the author of our text for the week, and invariably the answer was yes.

What, if anything, surprised you about teaching this course? What did you enjoy most?

I really enjoyed how willing students were to dive into experimental lessons where we explored a range of primary source texts and non-textual material. For example, we did some readings of from the Hebrew Bible and feminist midrash (interpretive commentary) on Genesis, and tried to put ourselves in the shoes of the feminist exegetes to diagnose "the problems" with the biblical texts. In addition, in our class discussion on ritual invention and innovation, I brought a selection of objects for students to analyze and present to their peers, such as a bencher (blessing book) from a queer wedding, a plush Torah for children’s prayer services, and a CD of spiritual Hebrew chanting. During the exercise, students spent time reflecting and writing about their objects, had an opportunity to ask me clarifying or contextual questions about the objects, and to use the theoretical tools from the readings they did for class as they developed an argument regarding the discursive function of their objects. 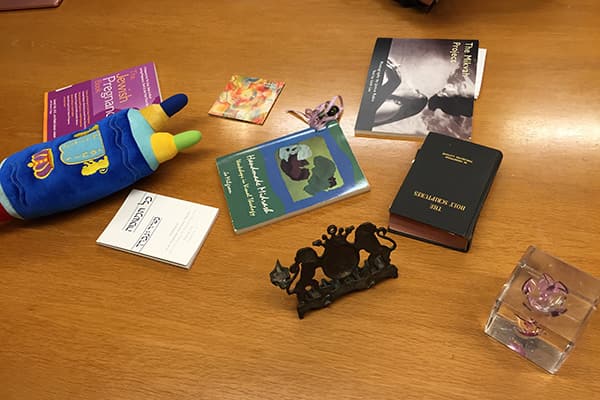 I also enjoyed how often students connected the readings and themes of our course to contemporary political issues, both on the national scale or on Cornell's campus. 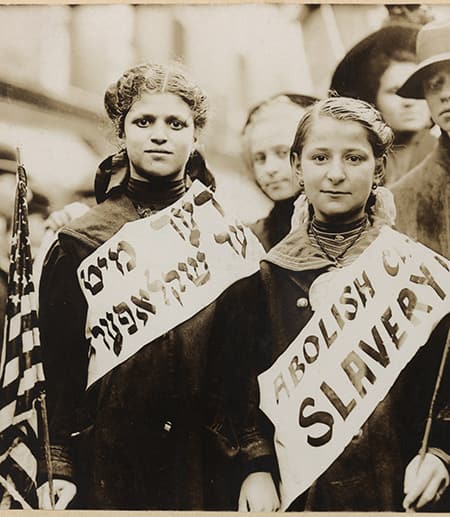